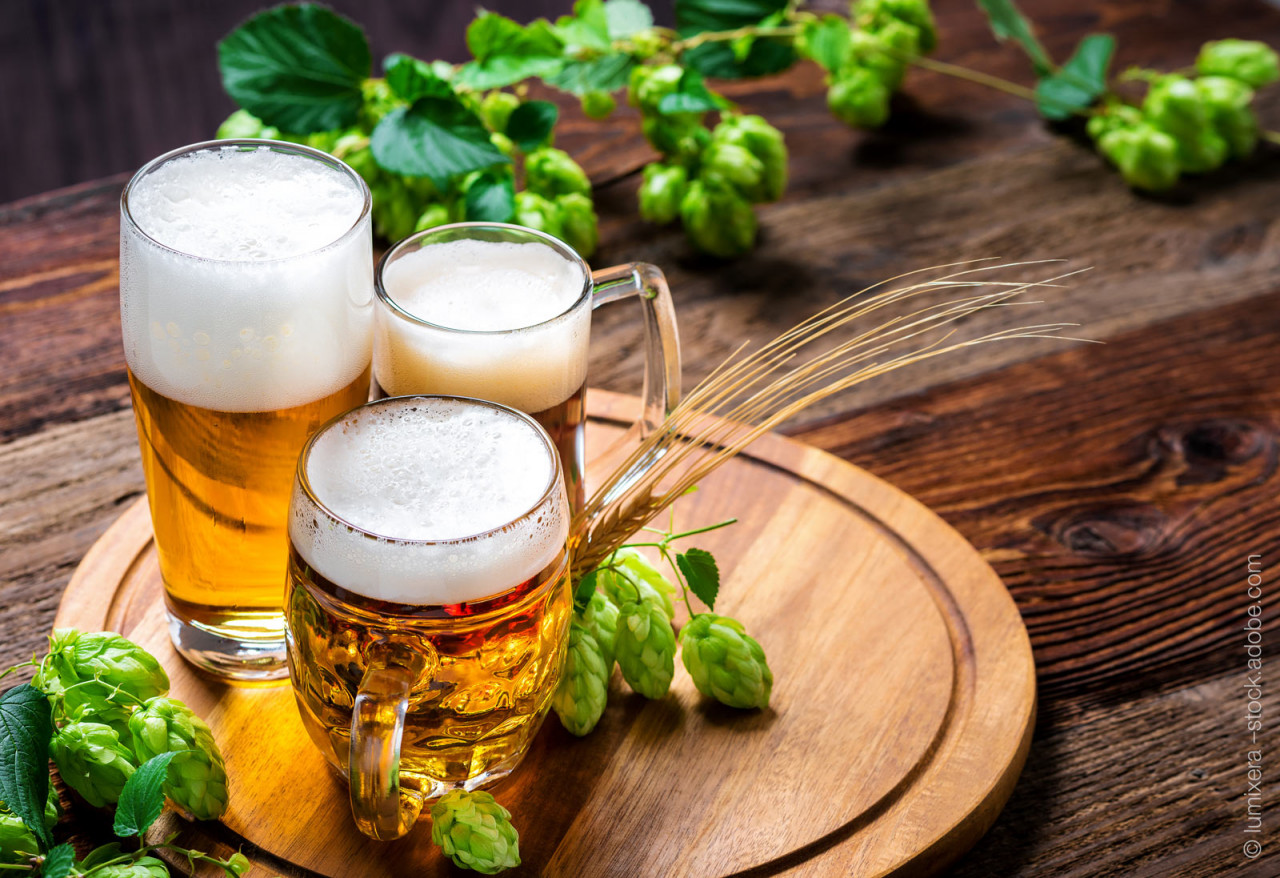 Today, August 6, 2021, is - International Beer Day - reason enough to lose a few words about one of the oldest and most consumed beverages.
In the pre-Covid year 2019, the per capita consumption of beer in Germany (102 L) ranked third in global beer consumption behind Austria (107 L) and "champion" Czech Republic (141 L)(1). Beer which is often frowned upon as a high-calorie contains many healthy ingredients. In addition to minerals for the electrolyte balance, polyphenol antioxidants such as xanthohumol, found in hop blossoms, can prevent fatty liver and even liver cancer(2). The physiologically valuable constituents of hops also include humulones, also known as alpha acids, which are responsible for the characteristic bitter taste of beer. Heating in the brewing process converts the alpha acids into iso-alpha acids. These substances also protect the liver and positively influence metabolic processes(3).

The following reaction scheme shows the degradation of humulone into cis- and trans-isohumulone(4).

The isohumulones (iso-alpha acids) formed during the brewing process are structurally very similar and cannot always be separated well with conventional C18 HPLC columns. The NUCLEODUR C18 ISIS column used in the following study(5) was developed by MACHEREY-NAGEL specifically for the separation of molecules of similar polarity and separates e.g., more strongly via steric interactions.

It is important to remember that the "healthy" ingredients of beer have a potent counterpart in the formation of ethanol, which means that the drink does not quite attain the status of a “medicinal” and should therefore always be enjoyed in moderation…