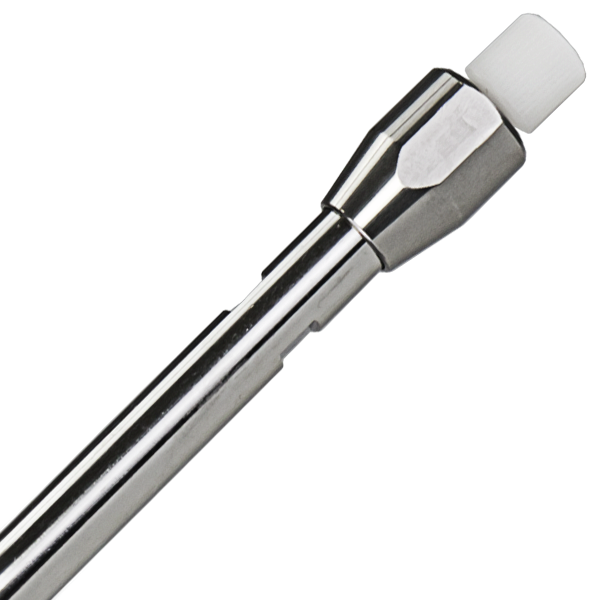 Besides cyano modifications, amino modifications belong to the most frequently used polar silica phases. Amino phases can be run in the RP mode using aqueous-organic eluent mixtures as well as in the NP mode, e.g., with hexane as mobile phase. Also anion exchange chromatography of anions and organic acids using common buffers (e.g., acetate or phosphate) in conjunction with organic modifiers (e.g., acetonitrile) is possible. Separation mechanism based on polar interactions, hydrophobic interactions and weak ion exchange interactions. These HPLC columns are packed with polar aminopropyl modification, based on the original NUCLEOSIL silica gel. It is one of the first spherical silicas for HPLC and was originally developed by MACHEREY-NAGEL in 1974. It is exclusively manufactured in Germany and is still one of the most used HPLC silicas in quality control around the globe.

Downloads
Close menu
Accessories
Accessories 2
Column Protection System, guard column holder for EC 4x2 + 4x3 mm guard columns
Content 1 Set(s)
REF 718966
$
EC HPLC guard column (analytical), NUCLEOSIL 100-5 NH2, 5 µm, 4x3 mm
Content 3 Piece(s)
REF 721020.30
$
This website uses cookies, which are necessary for the technical operation of the website and are always set. Other cookies, which increase the usability of this website, serve for direct advertising or simplify interaction with other websites and social networks, will only be used with your consent.
Decline Accept all Configure